These are the voyages of the Starship U.S.S. Boursault on a continuing mission to explore strange new worlds, to seek out new life and new civilizations; to boldly sit where no one has sat before….

Stardate 01232010. Having just left Earth spacedock after the latest patch a recent retrofit, we were taking the Boursault on a shakedown when we received an aid call from Lt. Reynaldo Fabulous and the crew of the U.S.S. Wensleydale on patrol in the Bhea System.

I confidently strode across the bridge barking orders:

Skronk:  “Helm, set a course for Bhea System and step on it.  We don’t want Lt. Fabulous getting his hair mussed. ”

Skronk:  “Cron, what do we know about the Orion Syndicate’s presence in Bhea?”

Cron:  “Reports indicate the Syndicate has established a presence in Bhea. At last report they’ve constructed 7 drydocks to service their criminal fleet.  Numerous reports of Syndicate fleet activity in and around Bhea.”

Lieutenant Reynaldo Fabulous: “Boursault, this is the Wensleydale.  We’re taking heavy fire in the Bhea System.  Orion Syndicate cruisers and battleships are pounding us.  Heavy casualties.  We’re doing what we can, but we can’t hold out much longer.”

Skronk:  “Help is on the way, Lt.  In the mean time, try some aloe vera for that sunburn and redirect all power to the shields.  Boursault, out.  Dammit, S’Vek what’s taking so long?  And what the hell is wrong with this chair?”

S’Vek:  “Helm is not responding, sir.  Its like the controls are … all for show.  They don’t doink anyting.”

Skronk:  “Dammit Cron, I want answers, not excuses.  Delon, get me in this CHAIR! I can’t say ENGAGE standing like a fool!”

Skronk:  “Its not responding.”

Cron:  “Maintenance logs indicate that sitting functionality is contained the the emote subsystem.  The sitting subsystem may be accessed by intiating an emote sequence with the desired sit functionality.”

Skronk:  “What’s that in English, Cron?”

Skronk:  “You’ll have to do better than that.  Recomendations?”

Skronk:  “Getting warmer Cron.  What was your class rank at Starfleet anyway?”

Fabulous:  “Boursault, what’s taking so long?  They’re tearing us apart.  Shields are down and we’re taking damage to the structure.  Life support is failing.  My sickbay is overflowing.  We can’t hold out much longer.”

Skronk:  “We’re almost underway, Fabulous.  Bridge systems are not responding.  We fear the Orion Syndicate may have infiltrated Starfleet and sabotaged our controls.  We’re rerouting command functions now.  Stand by.  Boursault out.  Dammit, people are going to DIE unless someone gets me in this CHAIR!”

Delon:  “Why doon you try sneakin up on the chair?”

Skronk:  “I feel like a damned fool, but you may be on to something, Delon.  Cron, prepare to intiate emote sequence.” 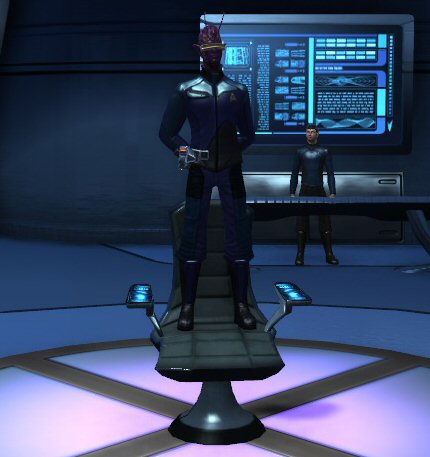 Skronk:  “Cron, what the hell kind of a bridge is this?”

Cron:  “Curious.  Ship engineering schematics indicate that command functions such as travel, navigation and combat are only available in tactical view.  As such, the Bridge would seem superflous at this time.” 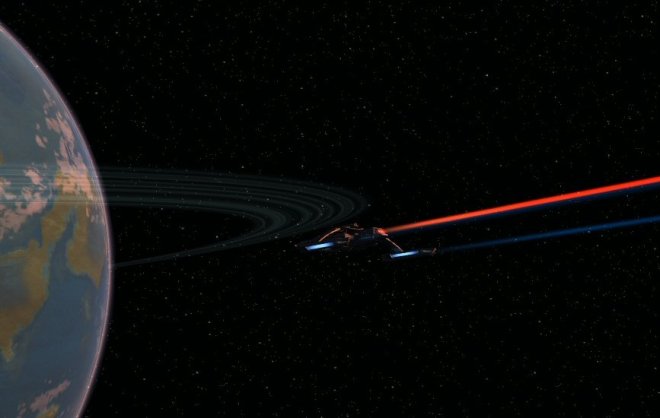 14 thoughts on “The Bridge: The Final Frontier”